McDonald's Coffee Case: A new perspective on an old case 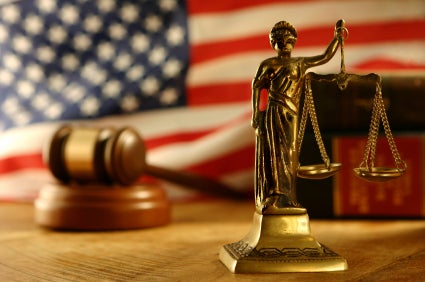 As a personal injury lawyer it amazes me how often I still hear about the infamous “McDonald's coffee case”.  The “McDonald's coffee case” is actually the case of  Liebeck v. McDonald's, which was decided almost fifteen years ago.  This case has become the poster child for frivolous law suits and the need for tort reform. Unfortunately, the facts of the “McDonald's coffee case” are often exaggerated, distorted and misrepresented.  Obviously, those who benefit for this misinformation are in no hurry to change the perception. After reading the following facts it is my hope that you will develop a new understanding of the case, as well as, a rejuvenated confidence in our civil justice system.

On February 27, 1992, Stella Liebeck, 79, ordered a cup of coffee from the drive thru window of a McDonald's restaurant. Liebeck was in the passenger's seat of her car driven by her grandson, Chris.  Chris parked the car so that Liebeck could add cream and sugar to her coffee. She placed the coffee cup between her knees and pulled the far side of the lid toward her to remove it. In the process, she spilled the entire cup of coffee on her lap.  Liebeck was wearing cotton sweatpants which absorbed the coffee and held it against her skin, scalding her thighs, buttocks, and groin. Liebeck suffered third degree burns on six percent of her skin and lesser burns over sixteen percent.  She was admitted to the hospital for eight days and required skin grafting followed by two years of treatment.

During the trial it was disclosed that McDonald's required franchises to serve coffee at 180 to 190 degrees.  At that temperature, the coffee would cause third-degree burns in two to seven seconds.  McDonald's had more than 700 incidents of scalding coffee burns in the ten years preceding Ms. Liebeck's incident.  McDonald's quality control manager testified that the number of incidents was not enough to warrant a change in policy.  Prior to filing a law suit Ms. Liebeck offered to settle the matter for the cost of her medical bills, which was refused.

Applying the principles of comparative negligence, which allows for the allocation of fault among parties, the jury found that McDonald's was 80% responsible for the incident and Liebeck was 20% at fault.  They awarded Liebeck $200,000 in compensatory damages, which was then reduced by 20% (the amount of her own negligence) to $160,000. In addition, they awarded her $2.7 million in punitive damages which was based on two days worth of coffee revenues, or $1.35 million per day.  The judge reduced punitive damages to $480,000, three times the compensatory amount, for a total of $640,000. The decision was appealed in December 1994, but the parties settled out of court for a confidential amount less than $600,000.

In my opinion Ms. Liebeck's injuries were serious and McDonald's behavior was pretty reckless. McDonald's admitted at trial that 700 prior injuries were not enough to motivate them to change their policy.  Would a small verdict do the trick?  Not likely.  Ultimately, Ms. Liebeck did not receive “millions for spilling her coffee”.  So the next time you hear about a civil jury award that sounds outrageous you are likely not getting all of the facts.  The vast majority of frivolous civil cases never make it to the courthouse.  If they do juries overwhelmingly arrive at a proper result.  In those cases that slip through the cracks the appeals process provides an avenue for correction.   In the event you are still not a believer be careful in wishing for reforms to our system.  Such reforms often make the victim of another's negligence a victim again when they seek civil justice.